Lake Lucerne, Zurich, Geneva… Switzerland has a reputation of being picturesque at worst (breathtaking at best). these cities are some of the most coveted in Europe, and they definitely fall on the list of the most beautiful places in Switzerland to visit.

It’s hard to pinpoint exactly when my love affair with Switzerland began- might have been the first time I set foot in Zurich back in 2003 on my first backpacking trip in Europe, or when we visited as a family for a wedding back in 2007, but Switzerland has always pulled me in a way that few other countries have, and it might be that it’s hard to compete with some of the most beautiful places in Switzerland, or it might be the cheese.  These days Switzerland has become a second home as I travel to Zug very often for work.

Switzerland is an underrated country in Europe, neighboring big pins in the likes of Italy, France, and Germany. The natives can speak four languages – French, German, Italian and Romansh. Despite the country being landlocked (not exposed to the sea or ocean) and relatively small, it has an abundance of tourist attractions and Instagrammable locations. There are big cities in Switzerland favorite to the outside world. These cities are engraved in so much history that you definitely have to be part of.

HOW TO GET AROUND SWITZERLAND:

You know what they say about the Swiss. They are certainly extremely efficient with time, and transportation so getting around should be the least of your worries. Our latest trip to explore different cities in Switzerland was made so much easier by the Swiss Travel Pass and Swiss Air.

The Swiss Travel Card is the best thing you can get to not only get around the country but also inside the cities as it covers travel on the Swiss Travel System including bus, train, and boat. You can also customize the length of your pass from 3-15 days.

As a massive bonus, the Swiss Travel Pass even covers transport into the elusive little nation of Liechtenstein. You don’t need a visa to visit here, as they are both Schengen states. Find out here about what to exlore in Liechtenstein.

We love train travel, to be honest, as it’s one of the best ways to see a country, and having the flexibility of using the same pass on multiple modes of transportation makes it that much better. 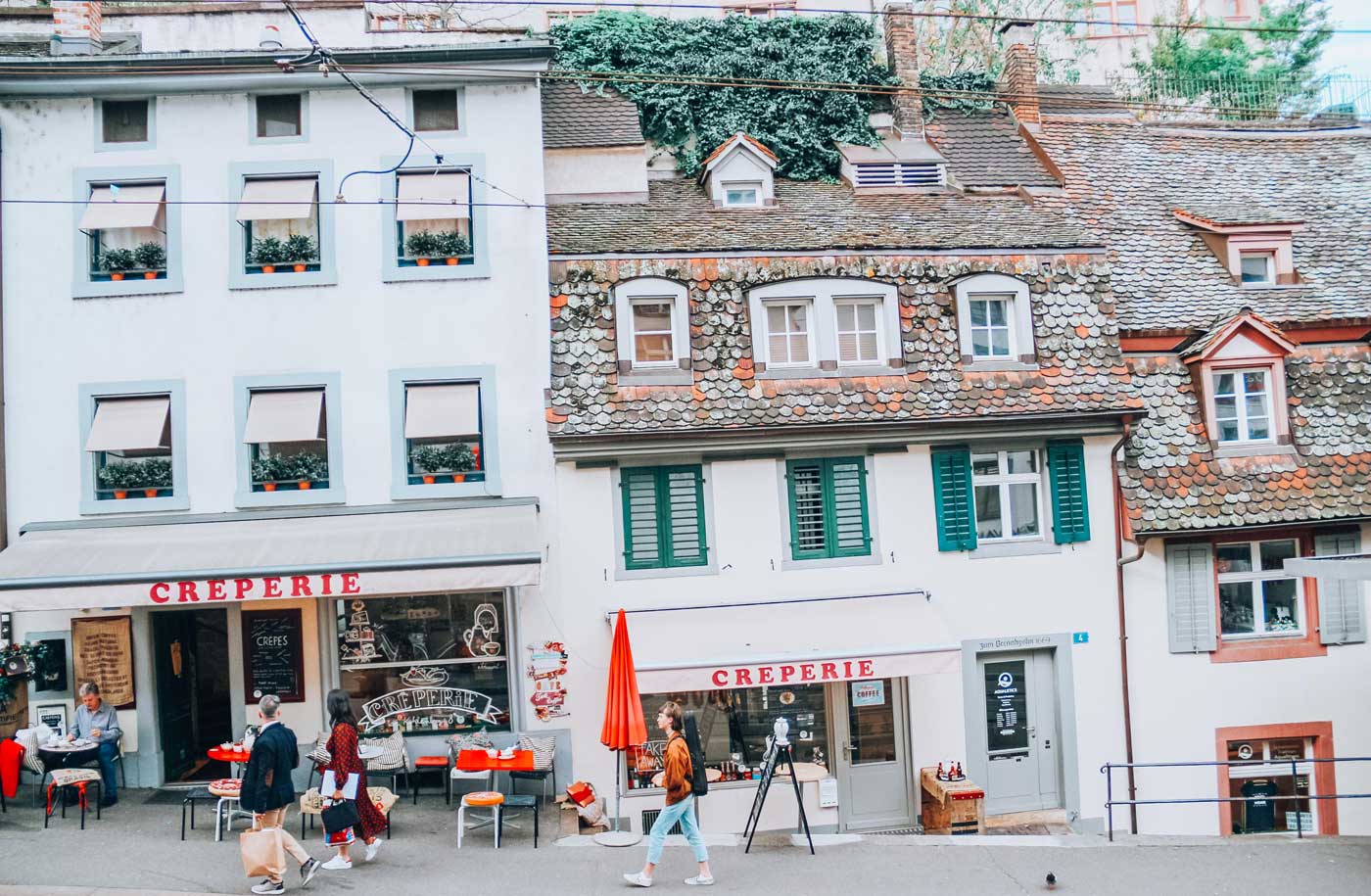 Here are the 10 most beautiful places in Switzerland that you cannot miss:

The largest city in Switzerland, Zurich has something for almost every type of traveler. For instance, people interested in history will find that the city has over 50 museums and galleries for art lovers. There are numerous clubs and hot spots for those who enjoy a night out after exhausting days exploring the city. In fact, the city hosts one of the lit street parties in Europe known as the Street Parade.

With unparalleled views, great shopping districts, copious amounts of souvenirs, the city is full of interesting things to experience. Speaking of souvenirs, Zurich has numerous shops all well-stocked to give you the ultimate shopping experience in Swiss brands. The city has grown to be a contemporary city in the fashion sector. With all these features on the table, no wonder Zurich takes the top spot in the 10 most beautiful places in Switzerland. 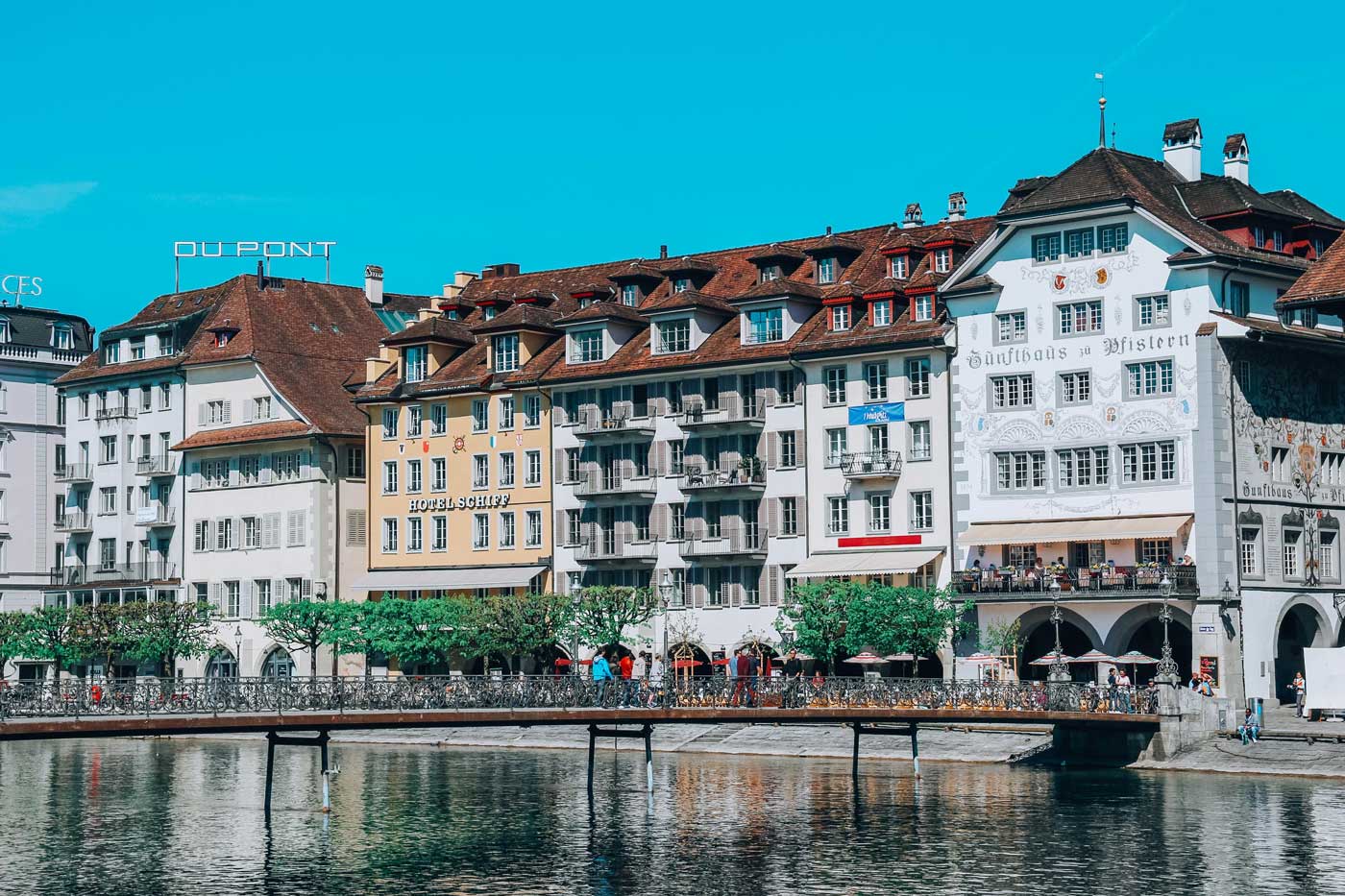 Centrally located in Switzerland, Lucerne is considered one of the prettiest cities in the world. This undoubtedly true because one of Switzerland’s most photographed monuments; the Chapel Bridge and the Water Tower (from the 14th century) are all here in this beautiful city. Lucerne has the best things that a tourist could want: nature in the mountains and hiking trails, boat rides in the lake and the city life, with a lot of shops and restaurants to give you an authentic taste of the Swiss cuisine.

While in Lucerne, you may need to check out the Dying Lion carved out in honor of soldiers that died in France and the Richard Wagner Museum, and take a boat ride on the river to the small villages that sit about 30 minutes away. The views are unmatched.

For those planning their travels far in advance, make sure to add the Fumetto festival to the agenda– one of the largest comic festivals in Europe with participants ranging from 5 to 78 years old, there is something interesting to be discovered for everyone. 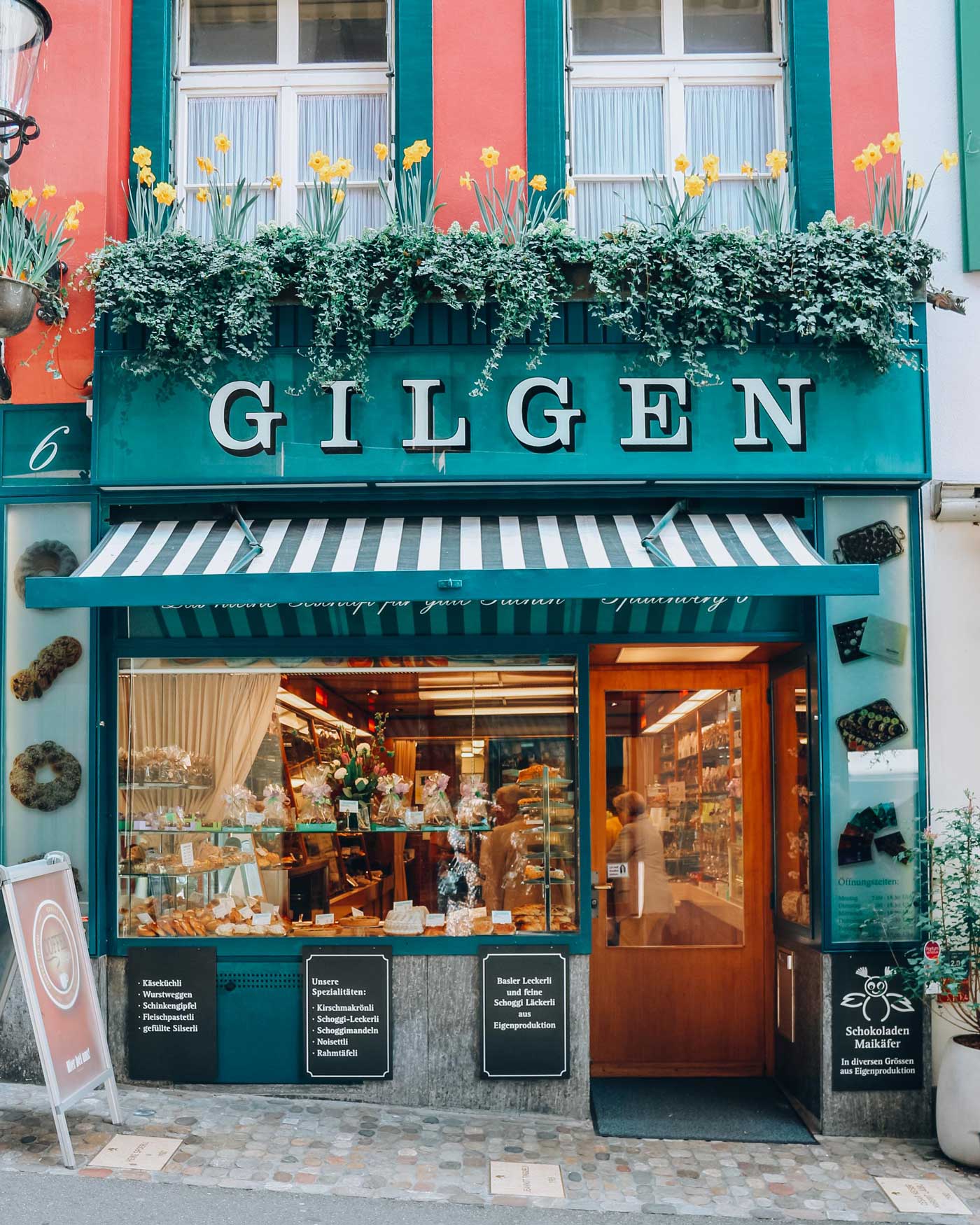 Basel city is home to over 40 museums and is rich with culture and history especially with the presence of an Old Town, and is also an attraction to architecture lovers with its mix of vintage and modern architectural designs.

It is one of the most underrated tourist destinations in Switzerland and boasts of large and numerous museums, picturesque views, an annual fair and vibrant carnival, world-class renaissance art and abundant stalls and markets for shopping. It melds two different worlds into one, with the Grossbasel bringing a vibrant art show during the day and the Kleinbasel bringing the night into life in extraordinary fashion.

There is something for everyone here, making Basel a top destination as one of the top 10 beautiful places in Switzerland.

Those who love wandering as much as we do should explore the old town on foot early in the morning to find beautiful gems like the one pictured above.

Fun fact: You can take the tram to both France and Germany, and visit both countries in under an hour. We recommend walking over the bridge to France to explore a bit then the take the train over to Strasbourg in Germany.

If you love seeing the history of a place come alive, then Bern should be a must stop, as it is a city filled with medieval history that dates back to the 12th century, filled with captivating architecture and over 500 years of history and culture. Its most famous attraction is the Zytglogge, a clock tower from ancient times that has moving puppets, as well as other attractions such as the gothic cathedral from the old town called Munster, and longest lanes in Europe of shopping arcades that you will appreciate. With the picturesque views offered by Bern, it qualifies as one of the 10 most beautiful places in Switzerland. 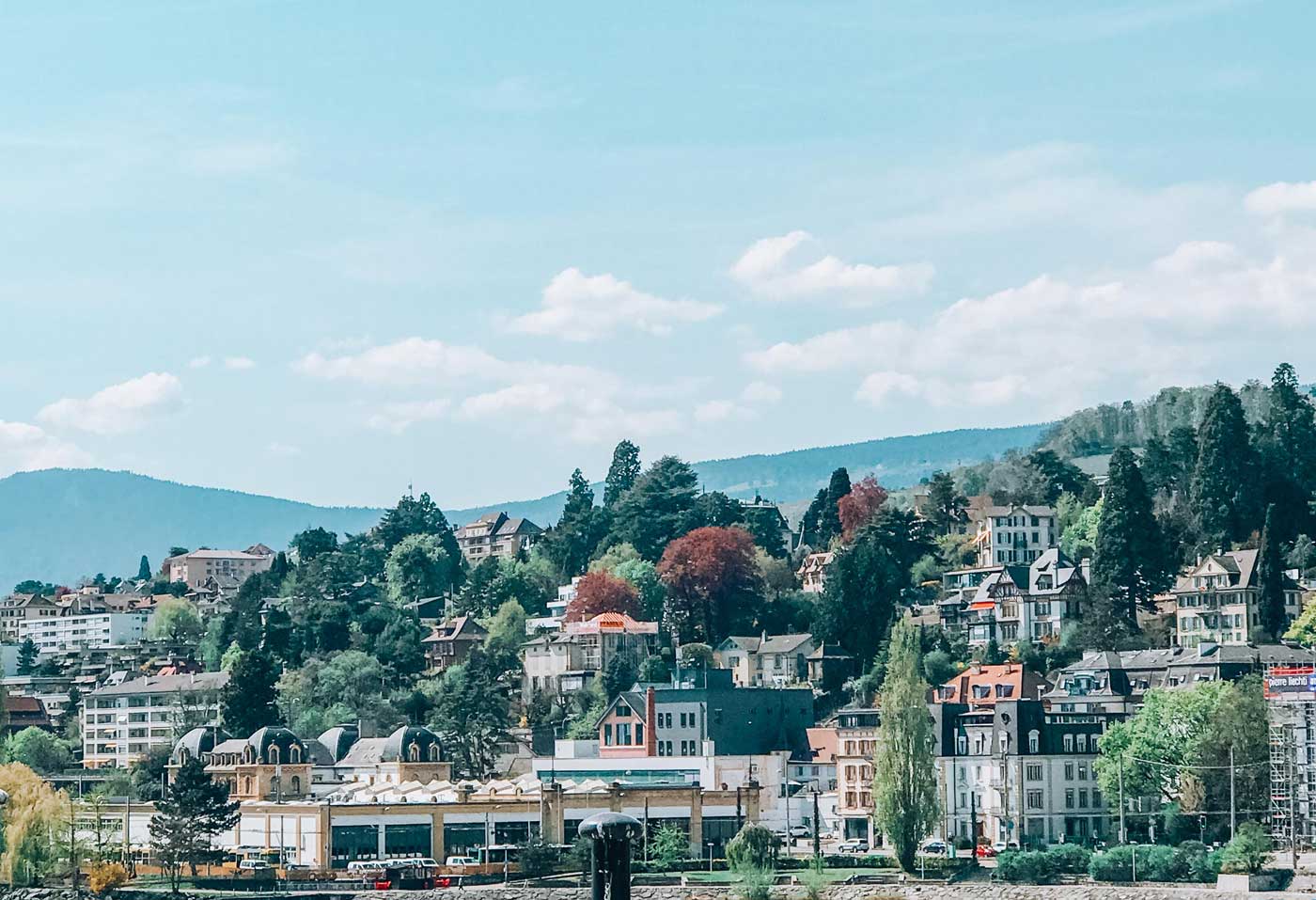 This French-speaking university town will definitely wow you with its rich architectural and cultural past, as shown by the amazing views of its most famous landmarks, the gothic style Castle and Collegiate Church built in the middle ages. It is also bound to appeal to the art lovers through the Museum of Art and History in the Palais des Beaux-Arts with the best fine and applied arts, numismatics, and historical pieces. Don’t forget to take a quick cruise on Lake Neuchâtel the views are breathtaking. 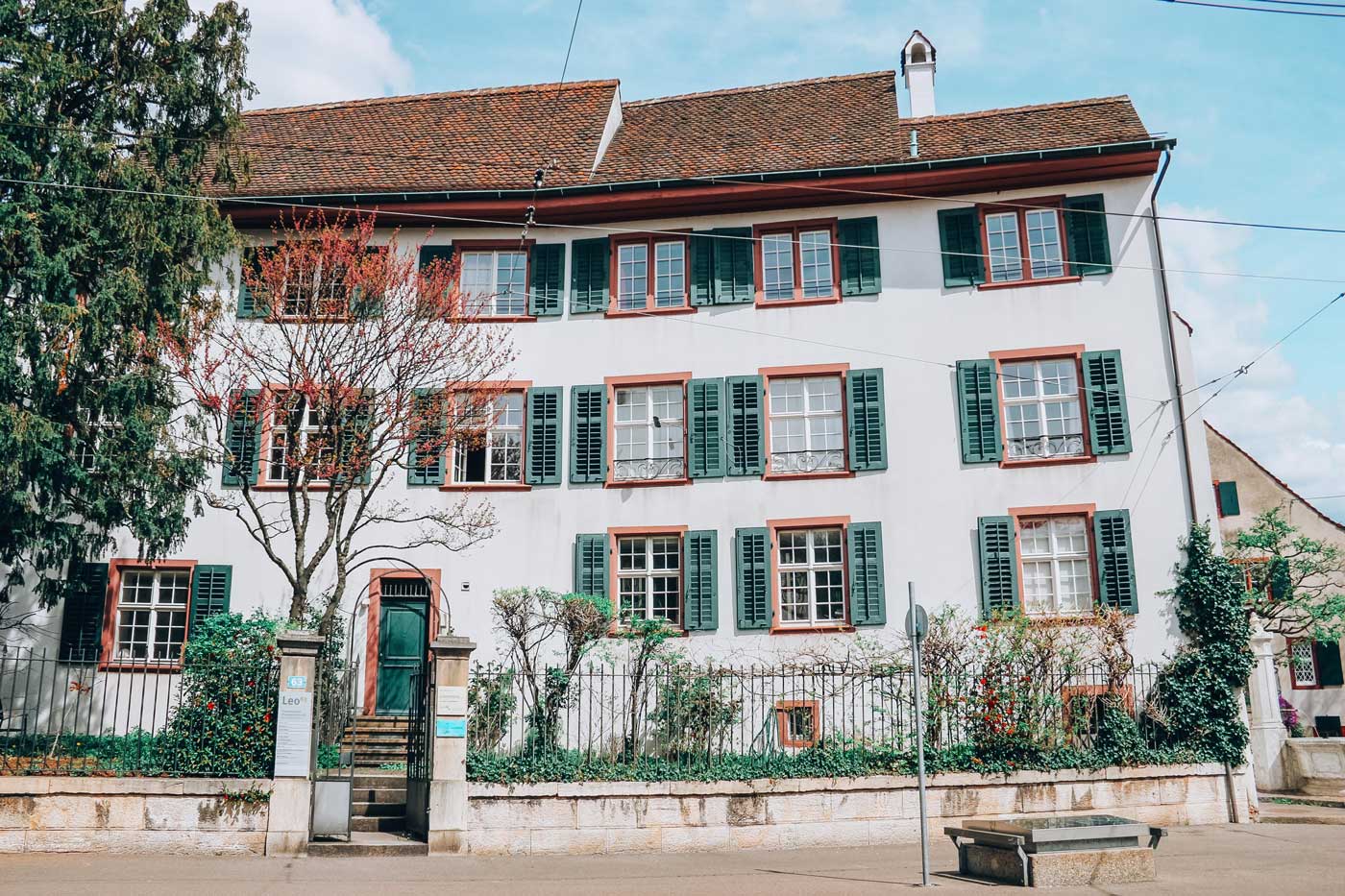 The United Nations, the Cathedral of St Pierre and memorable cruise across the scenic Lake Geneva are just some of the most attractive sites for tourists. With most of the Geneva city dedicated to parking space, the city offers amazing green views that appease environmentalists hence the name, the park city. Maybe that’s one reason it featured in the 10 most beautiful places in Switzerland.

Formerly a watchmaking center, Interlaken’s popularity grew with increasing visitors who longed to enjoy the fresh mountain air and receive some of Switzerland’s best spa services. Interlaken is the only place in Switzerland where you can see the breathtaking views of the three famed Swiss mountains – the Monch, the Jungfrau and the Eiger. The city is also ideal for outdoor activities such as camping and woodcarving for tourists hoping for something different. The awesome traditional Swiss cuisine is a great addition to the experience in Interlaken.

Due to its proximity to one of Switzerland’s highest mountain Matterhorn, Zermatt city is infamous as a skiing and mountaineering destination, where the only vehicles allowed in the vicinity should be battery operated not gasoline cars. For this reason, cable cars carry skiers up the mountains for the ultimate skiing experience in the winter, and carry hikers to and fro in the summer. The city is accessible through trains whose routes are quite scenic, and short walks between sites lessen the impact of not having cars.

This town is an absolute feast both for the eyes and the stomach, appealing to both nature buffs and foodies; it has one of the most beautiful and breathtakingly perfect views you will ever see on the countryside. It is a haven for hikers with its dozens of trails and the fact that it is surrounded by the Prealps and cable cars to transport you between sites and hiking destinations in the area. Despite Appenzell being a picture-perfect destination. It is also famous for the cheese that is used to prepare local and traditional cuisines, cakes and desserts in the bakeries and restaurants around it.

It is an amazing resort located along the shores of Lake Geneva where you can leisurely take romantic lakeside strolls along the shores of Lake Geneva while you awe at the exotic greenery and flowers surrounding the area. The impressive cultural events in Montreux will also give you something to look forward to, especially the Montreux Jazz Festival in July which is the second largest jazz festival globally.

While Switzerland is considered one of the more expensive countries to travel to, there is something for every budget, including hotels. It also has so many different things to experience, and it more than worth exploring- from the fantastic cheese to snow-covered mountains with unparalleled views to charming old towns with quaint cobblestone roads, there’s truly something of everything, and while we had our narrow our list of the most beautiful places in Switzerland down to these, it doesn’t mean that we’ve seen it all. In fact, we hope to make it back soon!